Home > Works > A child from nowhere

A child from nowhere 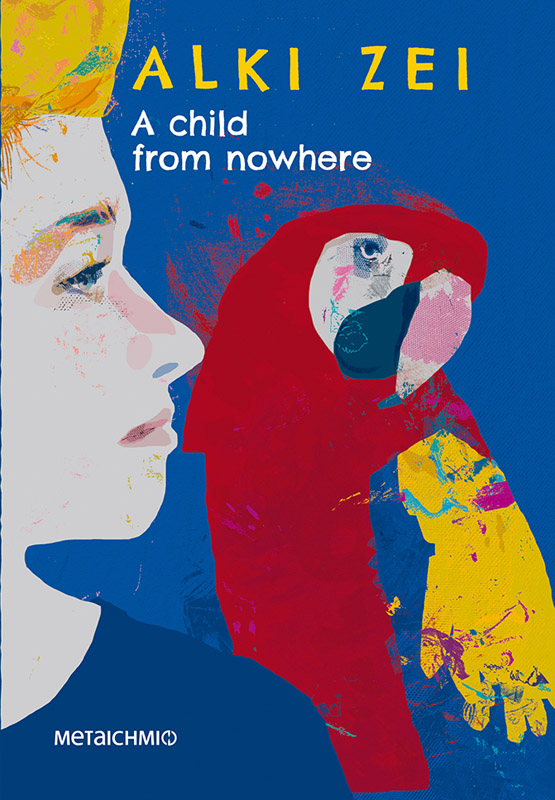 Icarus is a ten-year-old boy living with his aunt and a parrot called “Boy”. His father was a pilot killed during a test flight, and his mother disappeared after the tragedy. He often feels that he came out of nowhere and wishes that Jo Nesbo were his father – everyone says how much he looks like him. His relationship with his aunt is not the best and on top of that, he often gets bullied at school.

When the new school year starts, something happens that will change things: A group of parents are protesting against children refugees enrolling at the school. Icarus doesn’t understand why, but his aunt does… Can they mend their relationship while fighting for this cause? Can the world be made better?

Published in 2019, this is Alki’s last children’s novel. With an ever-fresh voice that understands children and their problems today, this is a powerful story about the adventure of growing up.

Local colour is not obtrusive; indeed, except for a few references to peculiar Greek festivals and foods, the scene might be any city of occupied Europe. Young readers may not take to the somewhat poetical patriotism of the young Greeks but most of the dialogue seems natural enough and often humorous. All the characters are vivid but one is outstanding -the hero’s rather disreputable gamin friend, a kind of Athens Cockney, whose mischief is turned against the Germans but in the end costs him his life. Girls should find this story as absorbing as boys, for young Petros has an older sister and girl students play an important part in resistance activities. It is a book well worth having on school and public library shelves and deserves wide readership in the 11 to 13 age range.

Read Alki Zei’s Petros’ War, if only to admire the courage and ingenuity of little Petros who, as Resistant in Greece, made life miserable for the Italian and German Occupants.