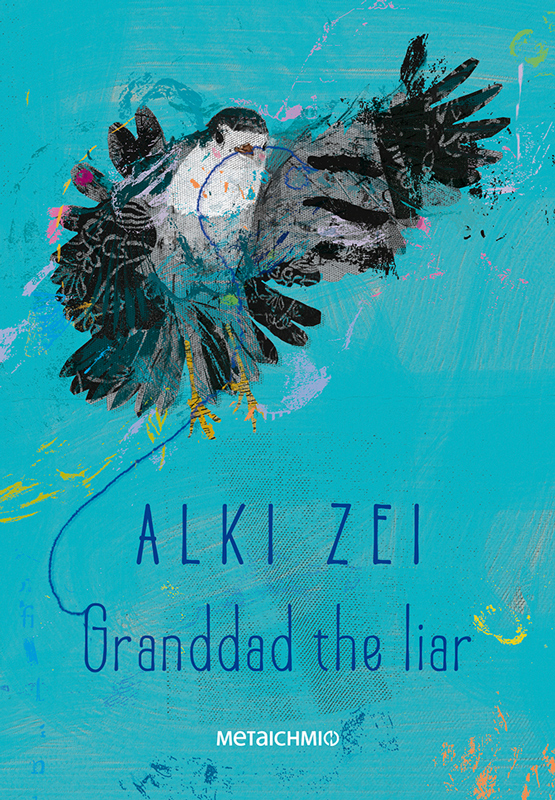 Anthony is an ordinary ten-year-old boy. A single child, his parents both working long hours, he spends a lot of time with his granddad. He is a quite unusual granddad: a retired actor, who tells a lot of unbelievable life stories that make Anthony believe that he is a liar. However, granddad, an artist of strong humanist beliefs, is being bluntly honest.

It’s just hard to believe when his tells him how he had to escape from Greece to Paris during the dictatorship, or how he came to be on the streets of Paris in May of ’68, or even how he was sent to Africa by mistake during World War II. Nevertheless, Anthony adores and admires his grandpa. The only thing he cannot understand is why the old man never talks about granny…

Full of emotion, wisdom and humanitarian parables, Alki Zei achieves a fine balance between irony and paradox, simplicity and perfection, humour and reality.

In this touching story of a boy’s journey of discovery, we see how Anthony, a rather fearful and narrow-minded little cynic, slowly begins to appreciate the extraordinary things his granddad has done, and the reasons for the affection he inspires. And as he learns some astonishing truths, he gradually begins to open himself to the rich variety of the world of relationships around him. In a gentle, understated way that will captivate a younger readership, but also will strike a chord of sympathy with older readers, the book explores the nuances of truth and lies, convention and creativity, parenthood and adoption, racial difference and brotherhood, prejudice and understanding.

And surely few readers – whether they are 11 or 111 years young – will be able to resist the bittersweet emotional pull of the novel’s final pages.

The novel was adapted to a TV series by the Greek national channel ET1 in 2008 and a dramatized audiobook in 2019 by Pathos Publishing. It has been translated into 2 languages.

VIEW ALL
PrevPreviousThe compendium of the world’s follies
NextGrandma, how much longer will you live?Next