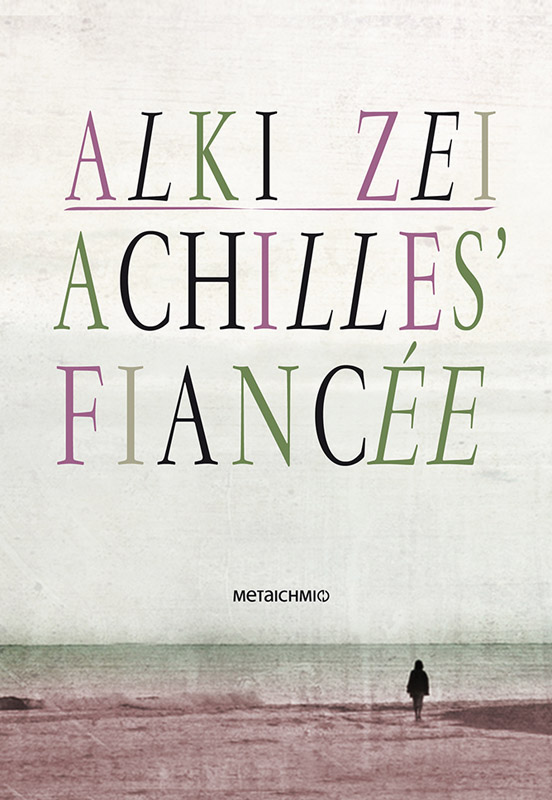 Paris, sometime after the 1967 military coup in Greece. Eleni, together with a group of her friends and fellow political exiles, finds herself working as an extra in a French film: The Horror Train. It is not the first time Eleni has been caught up in a deadly drama, nor is it her first ride on a horror train. As the director waves his arms, shouting directions and re-shooting the sequence, Eleni’s mind wanders to her first train ride: “Athens-Piraeus. My first big trip by train.” ” – You’re Eleni? I’m Achilles.” “They don’t ask which Achilles. One name is enough…”.

For the rest of her life, Eleni will be “Achilles’ Fiancée”, fiancée of the guerilla leader, the brave, handsome kapetanios whose code-name is Achilles. In the demonstrations against the German occupiers of Greece, in prison where she waits for a death sentence during the post-war persecution of suspected leftists, in exile in Tashkent where the exiled Greek communists fight amongst themselves, and finally in Paris. But somewhere along the way Eleni becomes an independent character with a mind of her own. As she begins to doubt the slogans that she fought for when she was a blind follower of leaders like her fiancé, Eleni involves us in her own private world of self-discovery. It is a woman’s world, where human warmth and friendships matter more than abstract ideals.

In her story of a young woman’s struggle to survive through an extraordinary period of Greek history, Alki Zei has woven the threads of her own quasi-mythical life into the stuff of history.

It has been translated into 7 languages.